Filipino cuisine is known all over the world as having one of the best flavor profiles. The Filipino adobo (not to be confused with the Spanish sauce, which shares nothing with the Pinoy dish but its name) can be considered the headliner of the cuisine as it is the most popular. Unofficially, it is often referred to as the national dish, and it is not a status undeserved.

Perhaps more than its excellent reputation as an overall good-tasting food, the adobo is an emblem of Filipino history. It’s a dish that’s gone through a fascinating evolution, thanks to the country’s colorful past.

Pre-colonial Philippines was home to natives who had developed pretty sophisticated ways of preserving their food. One of those methods utilized vinegar and salt to extend the shelf life of otherwise delicate food items like meat and poultry. This was the origin of the adobo.

The dish, as it was then, probably closely resembles what is called white adobo today. Its simplicity allows that probability; even with its many variations, adobo is essentially just stewing meat in vinegar and salt.

When Chinese traders stepped on these natives’ shores, salt was replaced by soy sauce. The ingredient introduced an interesting new dimension to the dish without sacrificing the barebones of its flavor profile: sour and salty.

What the adobo owes to the Spanish though is merely its name. When the colonizers stumbled upon this surprisingly simple yet flavorful dish, they called it adobo, which means marinade in general. Pagan natives were cooking and storing them in clay pots, a practice which is still utilized by adobo purists today; and while the process did not look modern or fancy, it was nonetheless sophisticated and effective.

There are more benefits to the dish’s simplicity other than its stalwart consistency over time (and we’re talking centuries here), and one of those is versatility. Adobo is more than a dish; it is a process; and done right, it can be applied to a wide variety of chicken and pork substitutes. For example, vegetables can easily be upgraded to adobo status; a popular siding to most rice pairings is adobong kangkong (water spinach). Seafood can also be used to replace the protein component. Adobong hipon (shrimp), pusit (squid), and hito (catfish) are no strangers to the average Filipino.

Aside from its excellent shelf life, which makes it suitable to take on long trips, adobo is surprisingly easy to make, master, and customize according to one’s preferences. Two people from the same family and household can each cook adobo and come up with completely different dishes. Even regions have their own signature variation. Some cook it with coconut milk and is thus called adobo sa gatá. Some mash pork liver and add it to the dish, lending it a different texture. Yet others use turmeric, making the usually dark brown dish yellowish in color. Adobo, after all, is nothing if not versatile.

If there’s one thing to keep in mind when trying and comparing the different variants in different parts of the country, it’s this one: A decent adobo is delicious; a good one has character 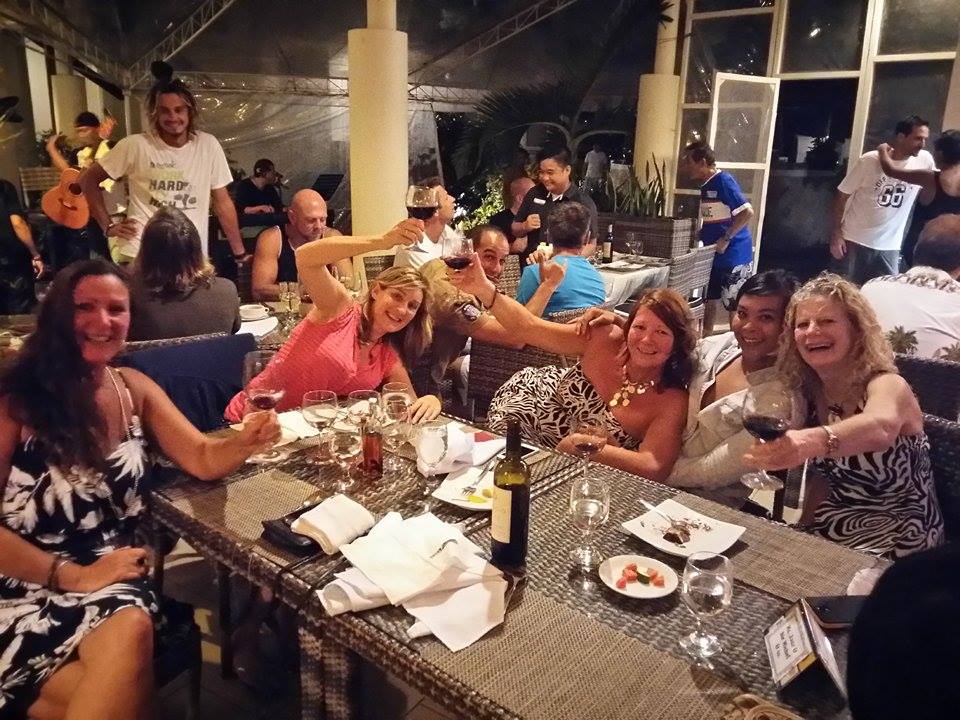 Our Steak Night is Back and it’s Loaded!

Our Steak Night is Back and it’s Loaded!

After a long overdue hiatus, our delicious and popular Steak Night is finally back! On November 28th, the team at 7th Note Cafe came out in full force to feed 70 hungry patrons of the island paradise that is Boracay.

Our Executive Chef Christian Isip designed a new and exciting menu for our weekly Steak Night. We now have U.S. and Brazilian beef, and fish choices to satisfy every steak lover’s preferences. Prices start at Php 650. There are many side dishes to choose from including mango coleslaw, egg & caper’s salad, fries, buttered vegetables, and macaroni salad. You can also create your own pasta for only Php 390. All steak and pasta dishes come with one free glass of house wine. Steak Night is available every Saturday at 7th Note Cafe.

For the re-launch, Manila-based group Drift travelled all the way to Boracay to serenade the guests.

So if you’re in Boracay and craving for mouth-watering and good-quality steak, drop by at 7th Note Cafe every Saturday to fill your tummies. Saturday nights in Boracay just got better and yummier!